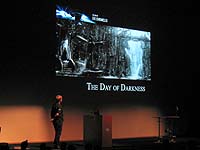 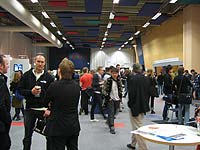 They fools! They’ve let me loose!

I’ll be attending the Nordic Game 2007 conference in Malmö next week so if anyone else happens to be going along and wants to meet up, let me know.

Should be interesting as there’s a lot of good speakers and industry bod’s down there so I’ll see who I can corner for a quiet little chat 😉 Hopefully I’ll be able to find someone from Autodesk to yell at about the problems I’ve been having with the Max 9 SDK.

Oh before you ask, no I haven’t forgotten about the Max 9 SMD Importer – I’ve just been really busy with other things.